← more from
Mello Music Group
Get fresh music recommendations delivered to your inbox every Friday.
We've updated our Terms of Use. You can review the changes here.

by The Perceptionists (Mr. Lif & Akrobatik) 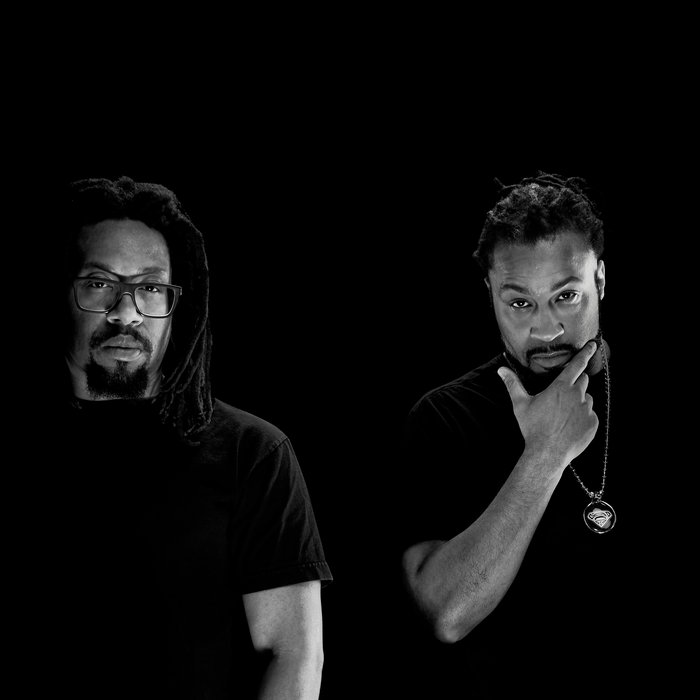 Ben "Angrycrow" Nix-Bradley This is the type of art that I'm always looking for. Honest. Story presented as a sort of folding of previous classic technique and still coming out fresh. To be moved forward with great work. Favorite track: A Different Light.

Chris T The Perceptionists are back in strength - maybe better than ever!
What a great album!!!

DJ Phlegm It's the Perceptionists. Nothing but realness! Buy the album if you want real hip-hop. Favorite track: Let's Battle.

The first full-length from Mr. Lif & Akrobatik (The Perceptionists) in a dozen years reflects the struggles and near-death sagas that struck them. During that span, Lif miraculously survived his tour bus plummeting over a 38 foot cliff. Akrobatik weathered a sudden aortic rupture and emergency open-heart surgery. The impact of those experiences forced the former Def Jux duo to contemplate fate, luck, and their own place within a world spinning out of control.

But their ability to survive has allowed them to thrive. They’ve harnessed a radiant hard-won optimism that refuses to flinch from the evils of existence. From the album’s first track, “Early Mourning,” Akrobatik asserts that courage comes from within, but reflects on the millions of young black men sent to premature graves. He considers whether gang affiliation is inherent in their souls, or more likely, whether things would be different if these neighborhoods were well lit and effectively policed.

If turmoil and inequity currently wrack the globe at record levels, Lif’s verses seem more prophetic than ever. His verses offer searing indictments of corporate and political corruption: corporations oppressing local farms, governmental duplicity in dealing with big pharmaceutical companies, and the crooked brutality of cops who get away with shooting unarmed black men.

On “Hose Down,” the pair brilliantly intersperse news reports from the MLK-led Birmingham protests of 1963 with the internecine problems of the present—where a traffic stop can still lead to a funeral. It’s as poignant of a polemic as you’ll find, but blended with a danceable Caribbean lilt.

With the Perceptionists, the personal is political and vice-versa. Akrobatik rhymes about his “desire to breathe in the sun before my skin dries out” but still refuses to be “the coward in a pretend hide out.” On “Lemme Find Out,” they kick ingeniously sinister dystopian horror raps about our grotesque addiction to technology. There are love songs over beats that sound like they could’ve been on Madvillainy, stories of cypher demolitions of would-be challengers, and dirty ass rhymes over dirty ass drums—as The Perceptionists sagely insist, that’s all the world really wants.

It’s music from deep in the trenches, songs that confront the blitzkrieg of bad news but offer light at the end of the bombardment. If you listen closely, you can intuit a profound story of friendship and camaraderie between Lif and Akrobatik—lifelong friends trading bars with the chemistry of Tip and Phife, Andre and Big Boi, Erick and Parrish. They’re mortal men who made mistakes, gained experience, and obtained wisdom. This is Resolution.

Akrobatik would like to thank December 28 for producing the two best friends I have had in this lifetime, Jeff and Tati.

Mr. Lif would like to thank Mom, Dad, Akrobatik (my brother), Mello Music Group, Bob Nash, Arcitype, Mark Donahue, Jenny, Stacey, Susan & Anne Marie Harnett, my whole Thievery Corporation family, & everybody else who was supportive during the creation of this album.