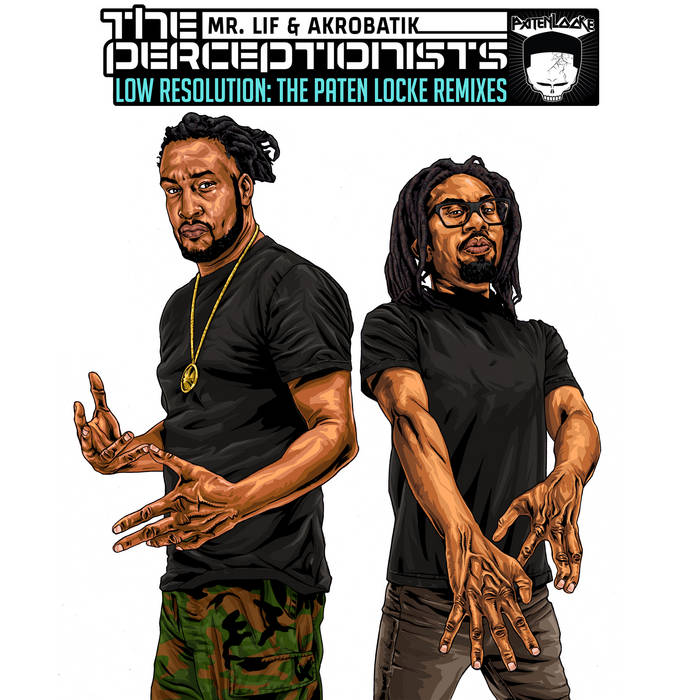 The Perceptionists returned last year with their first new group album in years. The official release led to a tour and even an appearance on NPR's "Tiny Desk Concert" with a live band. But for 2018, they wanted to rough the edges up and revisit it. Enter Paten Locke. Paten had produced a pair of tracks on the original record that were fan favorites, so he seemed like a natural choice to rework 7 of the albums best tracks. On top of that, Paten, Mr. Lif and Akrobatik created an entirely fresh joint titled "Bait." The result is "Low Resolution" an 8 track long record that brings "Resolution" into a completely different light.